Herald Sun: Indigenous treaty will do nothing to close the gap 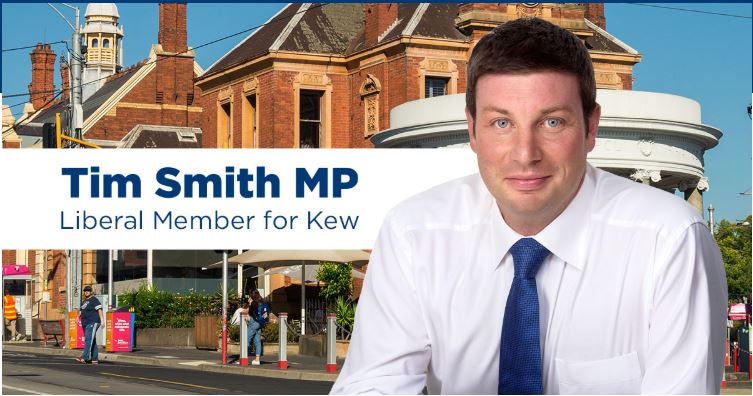 The statement “always was, always will be, Aboriginal land,” is wrong and I find it personally offensive.

This land belongs to all Australians, black and white alike, and divisive tokenism like the Andrews government’s Treaty further undermines Australia’s unity.

Let’s be quite clear, multiple atrocities occurred in the 1830s in what was known as the Port Phillip District of the Colony of New South Wales by individual settlers.

The British parliament was already becoming aware of the criminal activity on the then frontiers of NSW by European settlers.

In 1835 the Aborigines Select Committee of the UK parliament was set up under terms of reference to “consider what measures ought to be adopted with regard to the native inhabitants of countries where British settlements are made ... in order to secure to them the due observance of justice and the protection of their rights ...”

It was clearly impossible to police the European settlements of Portland and Melbourne from Sydney in the 1830s.

Indeed in 1839, responding to a recommendation in the final report of the UK parliament’s Aborigines Select Committee, George Robinson, was appointed chief protector of Aborigines in the Port Phillip District.

Did this result in a policy of reserves,dispossession and paternalism? Yes, but we can’t judge the policies of the1830s, however well-meaning, and the reality of the disastrous impact they had on Indigenous Australians, with the benefit we now have of 180 years of hindsight.

But it remains an historical fact that when governor Arthur Phillip opened his orders of April 25, 1787, they were quite clear: “You are to endeavour by every possible means to open an Intercourse with the (Aboriginal) Natives and to conciliate their affections, enjoining all Our Subjects to live in amity and kindness with them.”

As historian Keith Windschuttle wrote “Soon after British Secretary for Home Affairs, Lord Sydney, appointed him governor of NSW in September 1786, Arthur Phillip drew up a detailed memorandum of his plans for the proposed new colony.”

He wrote: “The laws of this country [England] will,of course, be introduced in [New] South Wales, and there is one that I would wish to take place from the moment his Majesty’s forces take possession of the country: That there can be no slavery in a free land, and consequently no slaves.”

Phillip also wrote “Any Man who takes the life of a Native, will be put on his Trial the same as if he had kill’d one of the Garrison. This appears to me not only just but good policy.”

At about the same time more and more Europeans weresettling the Port Phillip District, a shocking massacre of Aboriginal Australians occurred at Myall Creek in 1838.

In the first trial, attempting to bring the murderous settlers to justice, Chief Justice Dowling told the all-white jury the law made no distinction in the race of the people who had been murdered.

Subsequently in the second trial, seven white settlers were found guilty of murder and were hanged.

I make mention of these historical facts, and ask this question: Should the people of Victoria, through their government’s proposed Treaty, be held responsible for the crimes of individuals 190 years ago, given that at the last census 49.1 per cent of Victorians were either born overseas or have a parent who was born overseas?

If I may paraphrase that great man Nelson Mandela: Australia belongs to all who live in it, black and white alike, and it’sfundamentally illiberal to treat any racial group within our society any differently to anyone else.”

I am opposed to a treaty because you can’t enter into a treaty with your own fellow citizens.

The path to full citizenship for Aboriginal Australians was long and torturous. But it is a matter of undisputed fact that my country, our country, Australia is, as Tony Abbott rightly describes it, a country with “Indigenous heritage, a British foundation and a multicultural character.”

This country is one of the world’s oldest continuous democracies, which shamefully excluded Indigenous peoples to begin with, but now has more Indigenous MPs in our national parliament than the proportion of Indigenous people in the Australian population.

As the universally respected, newly elected Indigenous Senator, Jacinta Price, told me, this Treaty will do nothing to stop for example, the shamefully high levels of youth suicide in Victoria among Indigenous communities.

It will do nothing to close the gap in educational outcomes, or health outcomes, or the disproportionate number of Aboriginal Australians in the criminal justice system.

No one from the government can answer what form this Treaty will ultimately take, but given the millions of dollars that is being spent on the new Treaty Authority, it would be unsurprising if the stategovernment ended up paying reparations to those Victorians who have Aboriginal ancestry.

I am proud of my country. I am proud of what we as Australians have achieved together. Australia is not without fault, no country is.

We must teach our children that this country of ours is far more good than bad, and there is so much more that unites us than divides us, black and white together, as citizens of this great commonwealth of ours.