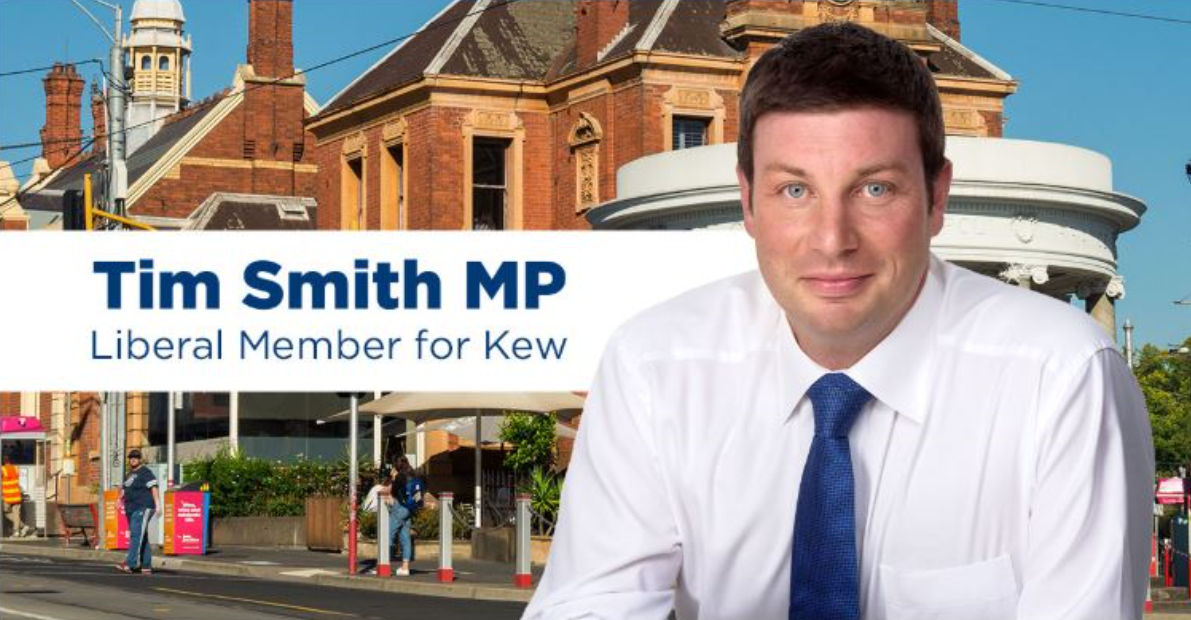 My adjournment matter tonight is for the Minister for Veterans, and the action I seek from the Minister for Veterans is for the Andrews Labor government to fund two extra plaques at the Kew War Memorial on Cotham Road abutting Kew Library to recognise our diggers’ service in the wars in Iraq and Afghanistan. The memorial on Cotham Road recognises the service of our diggers in World War II, in Vietnam and in Malaya but not, unfortunately—

I do not think the speaker is working, Speaker.

The SPEAKER: Can we stop the clock for a moment? We are just not getting the full sound coming out of the system at the moment.

Mr T SMITH: I can shout.

The SPEAKER: It is coming through to Hansard.

Mr T SMITH: It is good? Okay. As I was saying, the memorial on Cotham Road in Kew recognises our diggers’ service in Malaya, in Vietnam and World War II, where 40 000 Australians tragically lost their lives in the service of our country defeating fascism and imperialism around the world. But there is no recognition of Afghanistan and Iraq, and I think that given the number of young veterans that turned up at the Kew RSL dawn service on Anzac Day—and the ode was read by Neil Trigwell, who is an Afghanistan and Iraq veteran, a much-decorated veteran—it strikes me as being fundamentally wrong that in our local community the 41 diggers, for example, who passed away in Afghanistan are not respected and recognised.

The number of schoolchildren who turned up to our Anzac Day service—we had over 600 people—from Trinity, from Ruyton, from Kew High School and from Methodist Ladies College was substantial. We do not see Australia’s longest war particularly—Afghanistan—recognised. We sent troops to Afghanistan for 20 years and some 50 000 Australians served in Afghanistan in that time, my brother-in-law being one of them, so I think it is appropriate. We have a beautiful cenotaph at the corner of High Street and Cotham Road that recognises the service of men from Kew and nurses from Kew who served in World War I. Further up the street, towards the RSL, we have got a number of plaques recognising 20th-century conflicts but nothing from the 21st century. I think that that is what my local community would expect from that war memorial, and that is why I am calling on the Andrews Labor government and particularly the Minister for Veterans to fund that particular war memorial upgrade.